What if we united as one human species
to create a more prosperous future?

All people share common roots. These roots are responsible for the our overwhelming similarities to one another, and compel us to unite and face our challenges with a common purpose.

Think of your ancient origins. Your roots, and that of the rest of humankind, extend back in the time millions of years ago, beginning in sub-Saharan Africa

We are an African species

Africa is where our first upright-walking ancestors appeared some 6 to 7 million years ago, and where each of the species on the lineage leading to ourselves originated. Everything that makes us human and distinguishes us from other animals arose in Africa, from tool making to the use of fire and our great intelligence and creativity.

With the appearance of our species, Homo sapiens, in Africa some 200 000 years ago, came our advanced cognitive abilities that led to ornamentation, art, music and language.

It is only in the past 60 000 years that some populations of Homo sapiens started to spread out across the globe from Africa. As populations grew, some expanded first to the Middle East and then to southern Asia, Europe, East Asia and Australasia. It was only about 15 000 years ago that Homo sapiens arrived in the Americas.

When you think about our ancient origins, you realise that it is only within the last 1% of the 6-7 million-year-long journey of humankind that physical differences between Africans, Europeans, Asians and peoples from other regions of the world began to emerge. 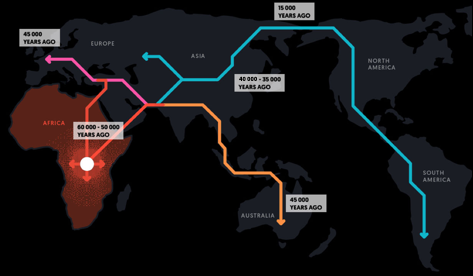 Humans on the move
Of course, human populations did not remain in one place after their original expansion out of Africa and colonization of the rest of the world. Human populations have been
migrating ever since. With globalization, reintegration of human populations has greatly accelerated to the point where original, geographically-based population differences are becoming less marked. Geneticists call this process of population movement and integration gene flow, or admixture. 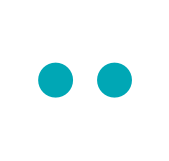 Race
The concept of race has played a major role in human history. For an excellent anthropological perspective on race, visit the American Anthropological Association’s project entitled

Race: Are We So Different?
http://www.understandingrace.org/ 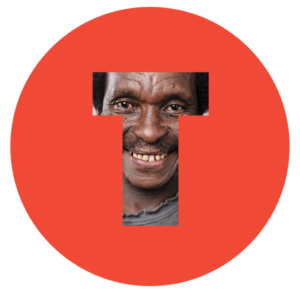 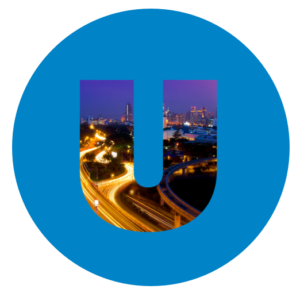 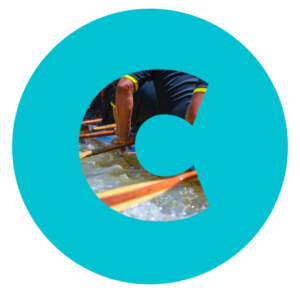 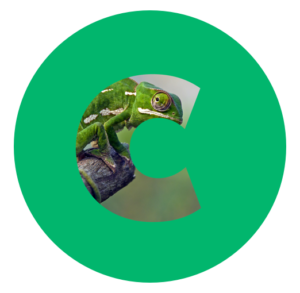 PAST is a certified Non-Profit Organisation

All from One™ Global Movement

We use cookies on our website to give you the most relevant experience by remembering your preferences and repeat visits. By clicking “Accept”, you consent to the use of all the cookies. However, you may visit "Cookie Settings" to provide a controlled consent.
Cookie SettingsAccept
Manage consent

This website uses cookies to improve your experience while you navigate through the website. Out of these, the cookies that are categorized as necessary are stored on your browser as they are essential for the working of basic functionalities of the website. We also use third-party cookies that help us analyze and understand how you use this website. These cookies will be stored in your browser only with your consent. You also have the option to opt-out of these cookies. But opting out of some of these cookies may affect your browsing experience.
Necessary Always Enabled
Necessary cookies are absolutely essential for the website to function properly. These cookies ensure basic functionalities and security features of the website, anonymously.
Functional
Functional cookies help to perform certain functionalities like sharing the content of the website on social media platforms, collect feedbacks, and other third-party features.
Performance
Performance cookies are used to understand and analyze the key performance indexes of the website which helps in delivering a better user experience for the visitors.
Analytics
Analytical cookies are used to understand how visitors interact with the website. These cookies help provide information on metrics the number of visitors, bounce rate, traffic source, etc.
Advertisement
Advertisement cookies are used to provide visitors with relevant ads and marketing campaigns. These cookies track visitors across websites and collect information to provide customized ads.
Others
Other uncategorized cookies are those that are being analyzed and have not been classified into a category as yet.
SAVE & ACCEPT