PAST is pleased to announce the recent appointment of Ms. Kimberleigh Tommy as its CEO Designate. Kimberleigh is a biological anthropologist and an accomplished science communicator who embraces and actively promotes the core values of PAST’s All from One campaign. 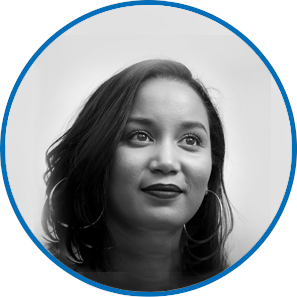 Kimberleigh Tommy describes herself as a translator between the worlds of science and society. A biological anthropologist by training, she is dedicated to bridging the gap between the origin sciences and the public. Currently, she is completing her PhD at the Human Variation and Identification Research Unit at the School of Anatomical Sciences, University of the Witwatersrand.

Kimberleigh is a passionate science communicator, named one of the Top 20 Postgraduate writers in South Africa by Science Today in 2017. She has published research and opinion articles both locally and internationally on the importance of creating informed societies through accessible science.

In 2018 she worked as the full time Science Communication Officer at the South African government’s Centre of Excellence in Palaeosciences. In 2019, she was selected as a postgraduate blogger for the South African Young Academy of Science (SAYAS), using the platform to highlight challenges facing postgraduate students and providing possible solutions.

Kimberleigh’s dedication to origin sciences research and transformative inclusive science has been recognized on the global stage. In 2020, she was named one of Mail and Guardian’s 200 Young South Africans in the Science and Technology category. The Kingdom of the Netherlands in South Africa and CoCreate SA named her as one of the Inspiring Fifty Women in STEM.

Kimberleigh is a fierce supporter of the representation of women in science, with the belief that empowered women have the ability to help shape a better future. In 2020 she was a recipient of the L’Oréal-UNESCO For Women in Science South African National Young Talents Programme.

In 2021 Kimberleigh served as Curator of the Maropeng and Sterkfontein Official Visitor Centres in the Cradle of Humankind UNESCO World Heritage Site as Curator where she worked to share the story of humankind’s origins in Africa.

PAST is a certified Non-Profit Organisation

All from One™ Global Movement

We use cookies on our website to give you the most relevant experience by remembering your preferences and repeat visits. By clicking “Accept”, you consent to the use of all the cookies. However, you may visit "Cookie Settings" to provide a controlled consent.
Cookie SettingsAccept
Manage consent

This website uses cookies to improve your experience while you navigate through the website. Out of these, the cookies that are categorized as necessary are stored on your browser as they are essential for the working of basic functionalities of the website. We also use third-party cookies that help us analyze and understand how you use this website. These cookies will be stored in your browser only with your consent. You also have the option to opt-out of these cookies. But opting out of some of these cookies may affect your browsing experience.
Necessary Always Enabled
Necessary cookies are absolutely essential for the website to function properly. These cookies ensure basic functionalities and security features of the website, anonymously.
Functional
Functional cookies help to perform certain functionalities like sharing the content of the website on social media platforms, collect feedbacks, and other third-party features.
Performance
Performance cookies are used to understand and analyze the key performance indexes of the website which helps in delivering a better user experience for the visitors.
Analytics
Analytical cookies are used to understand how visitors interact with the website. These cookies help provide information on metrics the number of visitors, bounce rate, traffic source, etc.
Advertisement
Advertisement cookies are used to provide visitors with relevant ads and marketing campaigns. These cookies track visitors across websites and collect information to provide customized ads.
Others
Other uncategorized cookies are those that are being analyzed and have not been classified into a category as yet.
SAVE & ACCEPT